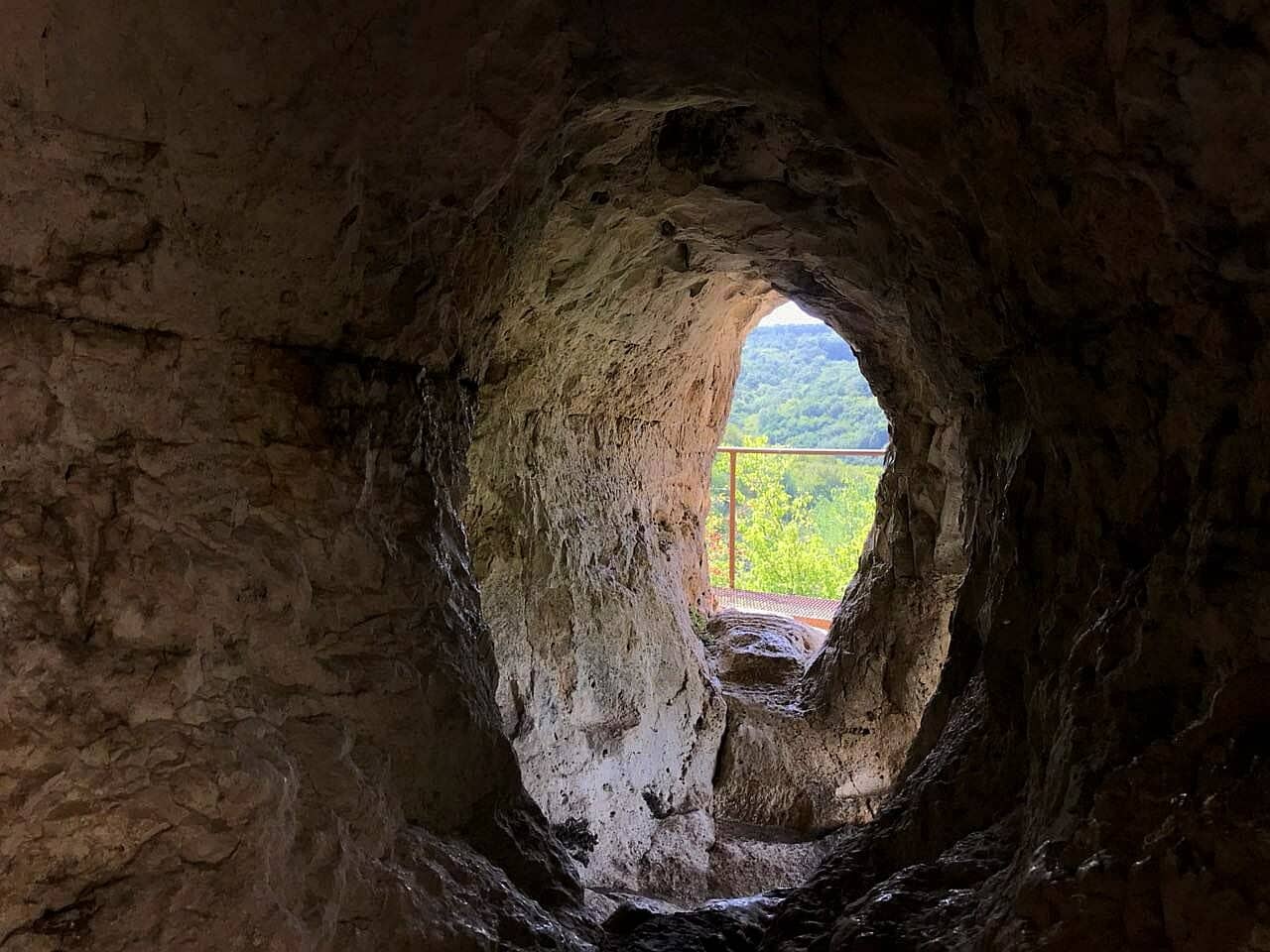 When we decided to find a reason for a journey to a place we could have lunch, only George knew where we were going. I could see that in the sparkle of his eyes, suggesting he will show me something unknown and ancient. Years ago I had travelled for seven months on familiarization trips to little known places of tourism potential. They could impress the visitor with their traditions, mythical history and incredible natural beauty. Because I have seen so much, George is now very happy when he succeeds in surprising me. I love to travel 200 km for a cup of coffee or a bowl of soup away from home. No other experience is more enjoyable when we want to escape from the mundane daily routine. On that particular day we set off, dreaming of the fish soup at Sladost restaurant on the bank of the Danube in Silistra. For our first stopover, however, we turned off the main road seeing the road sign for the Badjalia Cave, 30 km before the district town of Silistra. The area is known for its history of ancient rituals, dating back 2500 years ago. And while it is difficult to imagine what the ancient cult to Zalmoxis was like, we have no difficulty filling our eyes with the unspoiled beauty of the countryside around the rock complex. We were simply overwhelmed.

How we got there… We started from Varna taking the main road to Silistra and, about 30 km from Silistra, at the village of Strelkovo, we turned off and drove along the road to Badjalia Cave. There are plenty of signs to inform and direct visitors, there is a car park, there is plenty of space to have a picnic on the large meadow, there are other, smaller meadows too, as well as a wood to get shade from the sun. There is a gazebo, too. The stairs leading up to the cave are in good condition and fitted with safety rails. The whole area is named after the cave Badjaliata. If you like eco trails, you will love the place. Some time ago it was included in the list of tourist sights that need to be popularized under the heading “Hidden before your eyes”. This phrase perfectly suits the valley of the now dried up Taban river. Its dry river bed now separates the villages Alfatar and Kainardja.

The valley of Zalmoxis… Hidden before your eyes, it tells the legend of an ordinary Thracian, once a slave to the philosopher Pythagoras, later made priest, who the Getae started worshipping as god and attributed to him powere equal to that of Zeus.

The Thracian sanctuary of Zalmoxis has retained its rock temples, altars for rituals of the cult, underground galleries and traps that have been explored by archaeologists over the last few years. It is believed that the Badjalia Cave is the centre of the Thracian sanctuary. 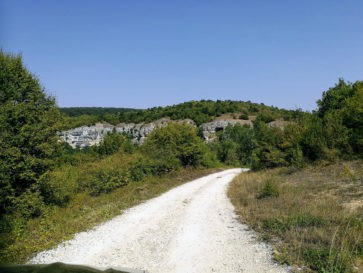 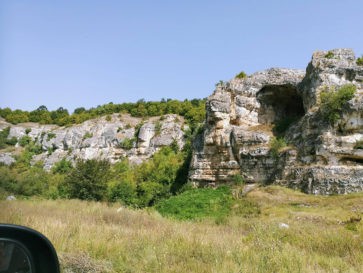 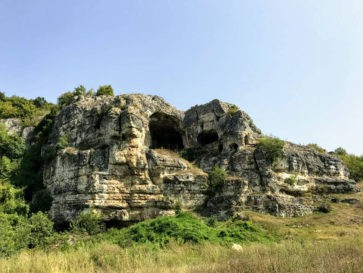 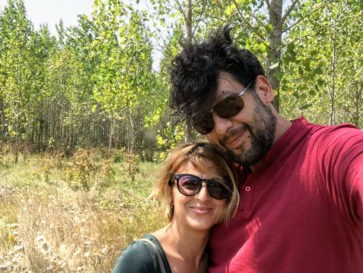 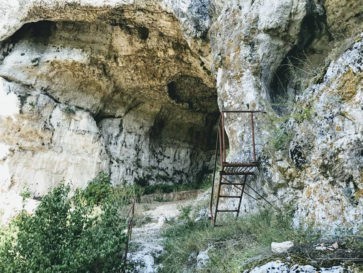 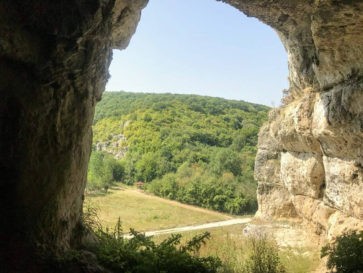 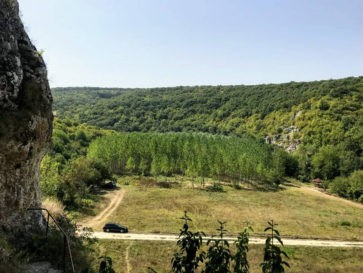 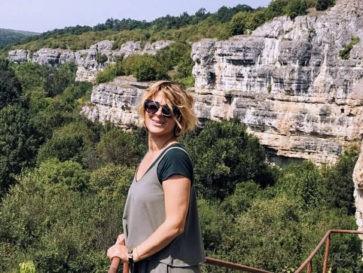 According to legend, Zalmoxis was an ordinary Thracian of the Getae tribe, who found the way to Gods through a hole in the rocks. He spent three years with them and when he returned to his tribe, everyone believed he was coming from the other world. He brought along knowledge of “the world beyond” and believed that with the last breath a human took, his soul became immortal. Legend says that once a year Zalmoxis returned to his people to hear their wishes. On the day of the spring solstice the bravest Getae man would throw himself from a sacrifice stone in the high rocks and end up in a place where Zalmoxis was waiting for him. We are not myth researchers, we are rather energy seekers and this place certainly has powerful energy. We love locations of indestructible harmony and a panoramic view. If you find our meaning of travelling close to your style, have a nice journey north! And as you will be close to Silistra, anyway, do treat yourself to a lunch in the restaurant where we always choose the fish soup. The town park overlooks the Danube and is very beautiful. It also provides access to archeological artefacts. 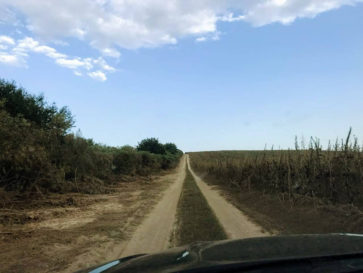 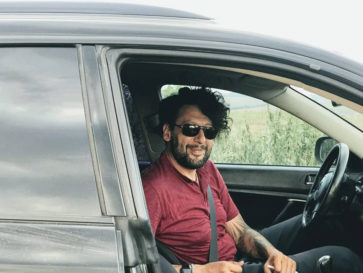 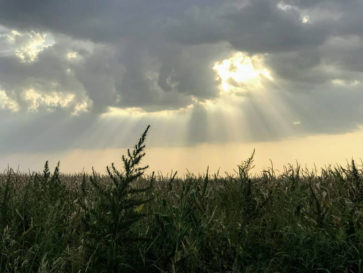 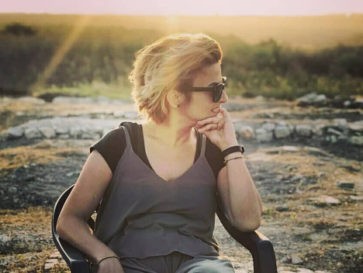 We set off for Varna in the late afternoon, at an hour that is yet another surprise George had planned. Along a country road cutting through the fields, in the middle of nowhere we reach some excavations I haven’t heard of, a sanctuary that is equally as unfamiliar. Two chairs and the setting sun were expecting us. And this is how I interpreted the sunset: the sun passes through a gate between the day world and the night world, while secret history was hiding behind. The place will remain a secret, too. I don’t know how to tell the secret. I only saw fields and not a single sign! If there had been one, it should have read ”Where the Sun sets!” 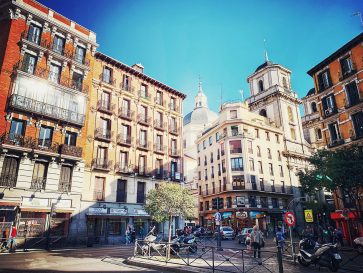 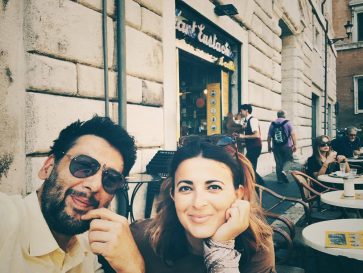